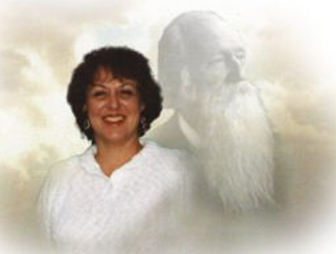 Dr. James Martin Peebles imparts wisdom, inspiration, and down-to-earth advice in clear and simple language, but his counseling perspective is somewhat unusual as for more than seventy-five years he has made his home on the other side. Through the mediumship of various persons over these years, Dr. Peebles has spread his spiritual psychology, all of which is based on three very powerful principles that can easily be applied to create a richer, more fulfilling life.

Those three principles are Loving Allowance, for all things to be, in their own time and place, beginning with yourself; Increased Communication with all of life everywhere, and with respect; and Self Responsibility, for we are always the creator, never the victim.

These three sound principles when used in tandem can have absolutely amazing results. Our lives can become much easier, relationships happier and more satisfying as we give up the tendency to consider ourselves victims and take control of our lives. In applying the three principles we can discover that love, understanding, and respect that we put out comes back to us.

In this latest book, Dr. Peebles gives us greater understanding of his three principles, along with deeper insight into the illusion of separation and fear of intimacy.

In a fascinating study of Dr. James Martin Peebles' terrestrial life, Linda shows the parallels between Dr. Peebles' life then and his life now in the world of spirit. Born in 1822 in Vermont, James became a teacher, a clergyman, and a medical doctor. He was active in anti-slavery, temperance, and women's suffrage movements; a member of the American Indian Peace Commission; a delegate to several international peace commissions; and was appointed by President Ulysses S. Grant to serve as Consul to Turkey in 1869.

Dr. Peebles was a prolific author, a world traveler and lecturer, a leader in the worldwide Spiritualist movement of the 19th Century and, himself, a medium. Throughout his life he was surrounded by what he called his "band of angels," and often received communication, inspiration, and guidance from them. His band of angels consisted of his deceased brother, Lorenzo Peebles; Madame Elizabeth, sister of Louis XVI of France, and known as Queen of Morn; John the Beloved; Aaron Knight; Hosea Ballou; Mozart; Chief Powhattan; to name only a few.

Dr. James Martin Peebles died in 1922 in Los Angeles, days short of his one hundredth birthday.

Like To Dance With Angels, this book is a definitive study of Man's spiritual nature and is filled with inspiration, angelic wit, wisdom and love. Dr. Peebles again shows what a grand spirit he is as he speaks candidly of relationships, intimacy, love, death, and cosmic realities. Linda also shares the experiences of others who have had contact with Dr. Peebles and his spiritual teachings. This new book is for anyone interested in spirit communication, the afterlife, spirit guides, reincarnation, and, more importantly, spiritual enrichment.

Three Principles of Angelic Wisdom was an Award Winning ebook in 2002.

"My first encounter with Dr. Peebles began in 1982...his effect on my psyche was electrical and thrilled me through and through. I fell in love with his wisdom, insight and humor and I simply wanted more." –Athena Demetrios,  Medium and Trance Channel

"This is a solid book of importance, historically and spiritually, generally and personally. Readers will discover the magic of Dr. Peebles even more enthralling after reading each passage, or the entire book, over and over, because each time we read it we understand much more." –E. Nora Amrani, Author, Metaphysician

In the words of Dr. Peebles, "Each of you have come to Earth for a specific reason. It is there on Earth, a classroom of learning, that you study the illusions of separation: separation from God, separation from others, separation from all of life, and separation from your very own soul. The lessons are not easy on the Earth school and many find it difficult to break through the illusion which exists in the mind and to discover that it is just that—an illusion." From Three Principles of Angelic Wisdom by Linda Pendleton 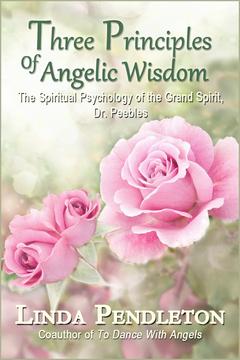 Available in Print and Kindle

"Spirits are but men and women divested of their mortal bodies. They have taken with them consciousness, memory,reason, sympathy, character. They walk by our side often, and yet unseen. There is but one world, and that one world embraces the yesterdays, the todays, and the innumerable tomorrows of eternity." –Dr. James Martin Peebles, 1910